"I do hereby support the 105 km walk having in mind that Zimbabwe is infested with corruption."


The distance covered converted to mm is more than the wrongs committed by Robert Mugabe & his ZANU-PF regime to the Zimbabwean citizens and the outside world at large. Just to mention a few examples are the following:-


"This walk should raise awareness of the damaging effects of corruption."


Endemic corruption is one reason foreign companies are hesitant to invest in the country. The government lacks accountability and transparency derive from the failure of the state to prosecute and incarcerate the people involved.

The Prevention Corruption Act (PCA) criminalizes active and passive bribery, extortion, money laundering in the public and private sectors but this seems to be selective to Robert Mugabe and his ZANU-PF regime.

Among state - owned enterprises, corruption is rife and senior executives award themselves exorbitant salaries. Irregular payments or bribes in connection with awarding of public contracts or licences are common, favouritism in the decision of of government officials are common and public funds are often diverted.

Across all sectors, corruption is a very high risk for companies operating in Zimbabwe. Investors face both high level corruption in the form of nepotism, patronage and abuse of power, as well as petty bribery and extortion.

"This walk must be a resounding warning as it brings signals to the end of the despotic regime."

Posted by ZHRO HR Charity at 19:53 No comments:

TO ALL PEACE LOVING ZIMBABWEANS

The only way we'll get freedom for ourselves is to identify ourselves with:


Each time I stand up for an ideal, or acts to improve the lot of others, or strikes out against injustice, I send forth a tiny ripple of hope...building a current that can sweep down the mightiest walls of oppression and resistance in Zimbabwe.

Zimbabwe, with its institutions, belongs to her people. Whenever we grow weary of the government, we should not be denied to exercise our constitutional right. We demand a fair electoral field before and during the 2018 harmonised elections in Zimbabwe.

Someone should tell President Mugabe that the vast of Zimbabweans want free and fair elections. I am making these statements because of my love for democracy and my love for Zimbabwe. I am making a stand for human rights in Zimbabwe. The Human Rights Act protects ordinary people’s freedom, safety and dignity, and helps us hold authorities to account when things go wrong. But now it's under threat in Zimbabwe. I am standing up for the Human Rights Act.

I call for free and fair elections in Zimbabwe.

“Violence is impractical because it is a descending spiral ending in destruction for all."

Almost every Zimbabwean leaving abroad wishes to be in the homeland of Zimbabwe. Our country Zimbabwe is really in tatters. 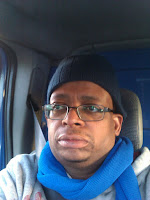 Diaspora life isn’t all roses, everyone yearns to be home. We are all crying for our beloved country.
Being part of the team, doing the sponsored walk feels like #Walking to Freedom.

Let us raise funds to help those who are being persecuted and those who have been persecuted. The money will help those whose rights have been violated and assisting them to stand on their feet. Together we can make life better for some Zimbabweans

Edward Murota
Posted by ZHRO HR Charity at 23:23 No comments:

Since I signed up to do the ZHRO 105km Walk I have been asking myself what it is I’m walking for, what it is that I’m fighting for and this verse from the bible gave me clarity.


“Woe to those who make unjust laws,
to those who issue oppressive decrees,
to deprive the poor of their rights
and withhold justice from the oppressed of my people,
making widows their prey and robbing the fatherless.”


So I am walking to raise awareness on the unjust laws in Zimbabwe that oppress the citizens and favour those in power. The awareness isn’t just Mugabe and his regime doing bad things but mostly about the product of oppressive laws and political systems. And this walk symbolises the citizens are raising against this filthy, rotten system.

A loud bang on the door during a raid ….a sudden deprivation of liberty at a reporting centre…..DETENTION.

Unless you’ve experienced this, you’ll never really know the true face of UK Immigration.
For me, detention presented confusion, fear and anxiety. It opened a psychological wound which will take a long time to heal.

One minute I was an upstanding individual in a community that I was trying to adjust to; waiting for the response from what I thought was a mutually satisfactory dialogue between myself and the Home Office…. the next minute I was an “illegal immigrant” with a prisoner number and no rights!

The interrogation, finger prints, check-in process to the detention centre left me with questions that no one could answer. Had I become “illegal” 2 minutes after a refusal letter was served to me? And did that letter emasculate me to the point where I deserved to be caged?

I saw myself in Yarlswood, with over 250 other women who looked just as confused and concerned as I was. Suddenly, I had to queue up for my meals which were determined by a prison system, the number of blankets I could cover myself with became limited to 2 thin towel like fabrics which many other people had slept in. I was subjected to a register twice a day. I became a reference number. I was given a basic cell phone with no data or recording access at all. All my movements were monitored via CCTV and even when I slept, I felt like someone was watching.

For me detention was a form of torture. I didn’t sleep much (and still cannot sleep even though I’m out), I lost weight because the food was time tabled and less than what I was used to eating. Obviously because of the stress and change in diet my immune system was compromised so whatever minor ailments I had manifested themselves and became more serious by the day; but then of course that was perceived as attention seeking, seeing as I was a “deceitful illegal immigrant” desperate to get stay in UK at all costs, no matter how immoral! Medication therefore was ordered from outside and took a couple of days to get to me.

According to Vocabulary.com, torture is defined as follows:

The booklet called “Reporting on Torture – A handbook for journalists covering torture” authored by various organisations in Libya, Nepal, Peru, London (Redress) and Kenya, supported by the European Union defines torture as

“ any act by which severe pain or suffering, whether physical or mental, is intentionally inflicted on a person for such purposes as obtaining from him or a third person information or a confession, punishing him for an act he or a third party has committed or is suspected of having committed, or intimidating or coercing him or  third person, or for any reason based on discrimination of any kind, when such pain or suffering is inflicted by or at the instigation of or with the consent or acquiesce of a public official or other person acting in an official capacity. It does not include pain arising only from, inherent in or incidental to lawful sanctions.”


My understanding of detention was a situation that has been created to make sure I was frightened and uncomfortable enough to volunteer to return to my country of origin. So technically, all I went through in Yarlswood was torture.

Is the current United Kingdom very different from the German Nazis of the early 1900 centrury? Are these immigration ideologies not based on the Nazism views of Jews as “parasitic vermin worthy only of eradication?”

Regardless of your case and its merits, the United Kingdom immigration department has taken it upon themselves to eradicate immigrants and would rather place the much-needed pound in detention centres rather than save the sinking NHS.

My view is that the immigration assessment process should not be based on a target number of deportations/forced removals but on who can be regularised to benefit the United Kingdom. Assess my conduct, my history and my potential to contribute to the economy and not just how ‘removable’ I am. A lot of money will be saved if a more objective and less accusatory strategy is applied.

Posted by ZHRO HR Charity at 14:36 No comments: