Is an Election the right solution?

Mnagagwa and Moyo using Zimbabwean resources as family possession to fight their grudges. This does not surprise me at all for the culprit is obviously using them like chess pieces to fulfil his selfish agenda. Be careful when a leader shows favouritism among his followers. This is a common trait found in an abuser, dictator and even an oppressor.

A dictator must not be voted out but must be imprisoned and that is the only solution. There are so many unexplained deaths for a dictator/abuser/oppressor to be innocent. In dictators' history book, there is no one who resigned but they were forced out.
Why then wait for elections when there is so much evidence to imprison while wasting money that is scarce on elections? 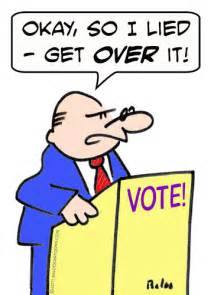 What is the purpose of an election?
An election is a formal decision-making process by which a population chooses an individual to hold public office. ... Elections fill offices in the legislature, sometimes in the executive and judiciary, and for regional and local government: election -(Dictionary)

What are the criteria of choosing a leader?
When considering a program, make sure they focus on the main skills you'll need to be successful, including the ones highlighted below.
Why then wait for elections when there is so much evidence to imprison and why waste money that is not available on elections. They do not deserve that kind of respect. Listening to most of the speeches by Zanu PF ministers you wonder what criteria was used to decide them to run their respective office.

What is the purpose of campaigning for office?
A political campaign is an organized effort which seeks to influence the decision making process within a specific group. In democracies, political campaigns often refer to electoral campaigns, by which representatives are chosen or referendums are decided.
However if a candidate does not get elected they will not take the position campaigned for.

The question then is why has opposition parties not won for 37 years? If all a leader or a party need to do is influence audience. Have we done enough to influence those who matters most.? Let's be honest, have we given them maybe reasonable reasons to vote against in defiance against manipulations, lies or they have received completely nothing apart from that which is the source of all misery, Zanu PF

How then does one influence a group of people who suffered injustice and oppression for 37 years to win the next election?
In Zimbabwe there was a time when elections were done but the results were withheld until the whole world was tired of waiting and Zanu PF claimed victory. Yet still the same that failed before is expected to change the dynamics of both Zimbabwe and culprit- Zanu PF even when recorded speeches are showing us nothing has changed but have actually become worse because there is now too much arrogance mixed with stupidity.

Elections are reasonable way of showing who has much support when dealing with civilised opponents. However, in Zimbabwe this has failed because of deep rooted corruptions. We also know the manipulations, intimidation and restrictions imposed on the majority living under poor conditions who either willing or unwilling sell their votes for a one single meal. Let's be fair, if we were all in that predicament would we not do the same.

However, there is so much that can be done to change this dynamics if we give thoughts to this predicament. I think the problem is we are using outdated strategies on Zanu PF leaders who now can see for who they really are, barbaric, (gandanga) ruthless and old school. They are like Smith regime even though he looks like he was better now because of time and less populations and will not relinquish power because we asked them to or demonstrated enough. Where in the history of Mugabe's 37 year regime have we seen him change his mind because people demonstrated. I am not belittling this effort because it's better than doing nothing but we are dealing with a dictator beyond the norm. If we are demonstrating against other nations supporting Mugabe regime, yes that will work but that man has never been moved by any demonstrations. If at all he changed strategy after demolitions it was because he felt and see it as his advantage. That's the man we are dealing with. The better we see it as a reality the better it is for us to have any form of victory.

My worry is if we continue doing the same and expect that to change the situation, some vital people might burn out as a result of frustrations.

This is 21 century! Let's put on our thinking caps on and do the maths.
Posted by ZHRO HR Charity at 11:44