ZIMBABWEAN women’s lives matter. They have the ability to achieve similar goals to men.

I wonder why the Zimbabwean government encourages discrimination towards women, such as in land distribution and ownership, equality or professional recognition and sexual bribery, in Parliament and in the local authorities. 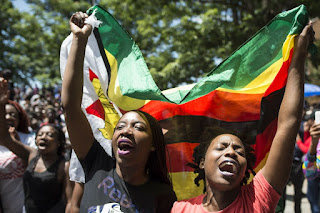 It is sad that the Electoral Act does not include mechanisms to ensure that women are equally represented in the 1,958 wards and also make constitutional provisions for 50/50 representation in parliament and in the local authorities, where they have only 978 seats.

President Emmerson Mnangagwa should open his eyes and see that increasing women’s visibility in politics is beneficial for democratic participation and lowers level of corruption, which restore faith in government and improves government performance.

If he is unable to implement positive changes, then he should hand over to a capable candidate.