I AM totally heartbroken and sorrowful of the continued human rights violations in Zimbabwe that are inflicted on anyone who has a different opinion or assumed to be singing different words from the ruling party Zanu-PF led by the clueless, careless and corrupt president Emmerson Mnangagwa.

The pro-democracy campaigner and MDC Alliance youth leader Makomborero Haruzivishe has pleaded his innocence of been convicted of inciting public violence by whistling. 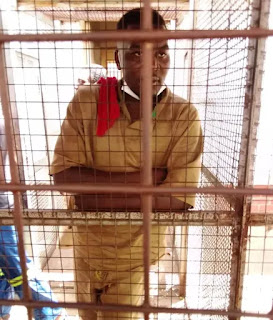 He is considered a top criminal hence is being monitored in a maximum-security prison where he is now being strangled (choked) at night by inmates suspected to be the government agents of persecutions.

The Zimbabwe prison system has failed to adhere to its mission statement which include to ensure safety to the prisoners, their constitutional provisions and rights.

There are many prisoners who died in the prisons and no proper investigations were done or efforts to prevent the loss of lives in Zimbabwean prisons.

The world, particularly countries that host massive numbers of Zimbabwean migrants such as South

Africa, Canada, New Zealand, UK and Australia should raise their concerns over the ill-treatments of prisoners affiliated to MDC Alliance party and in this instance of Haruzivishe.

If these countries remain silent about the grave human rights issues in Zimbabwe, they will continue to receive an unprecedented flow of migrants from Zimbabwe.

The world should pile pressure on president Mnangagwa to stop persecuting Makomborero Haruzivishe and other citizens.