Zimbabwe should empower women in politics to lead and govern

WOMEN in politics have shown greater abilities and strength to govern and to lead.

Angela Merkel of Germany, Jacinda Ardern and Tanzanian president Samia Suluhu Hassan are examples of female politicians who are discharging their duties with excellence and success.

It’s frustrating that in Zimbabwe most people have negative attitudes toward women who are politicians particularly the Zimbabwean government.

Women in politics are often treated unfairly and the current government is unwilling to change so that women can join politics without thinking much about the negative sentiments. 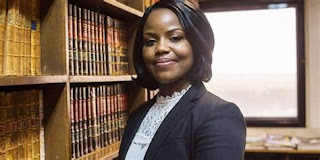 Zimbabwean women remain under-represented in leadership roles even though they have demonstrated strong leadership, particularly Fadzayi Mahere, who is the spokesperson for the opposition political party MDC Alliance.

The barriers for women in Zimbabwe to enter the political fields include political party policies, media bias and lack of appreciation that women play crucial roles in Zimbabwean society.

Some women who are from the opposition and activists are harassed, ill-treated and demeaned, which discourages other women to join politics.

The Zanu-PF government has failed to empower women into politics and therefore all women in Zimbabwe should seriously vote out President Emmerson Mnangagwa in 2023.